Food on Delta flights for Delta One passengers has got a luxurious makeover across all long-haul international routes. Delta Airlines has got into an alliance with Union Square Hospitality Group to serve inflight meals in the Delta One (Business Class) cabin in an altogether different fashion. The Business Class passengers will be served food on international Delta flights from New York’s John F. Kennedy Airport as meticulously as foodies are treated in Union Square’s restaurants in New York. 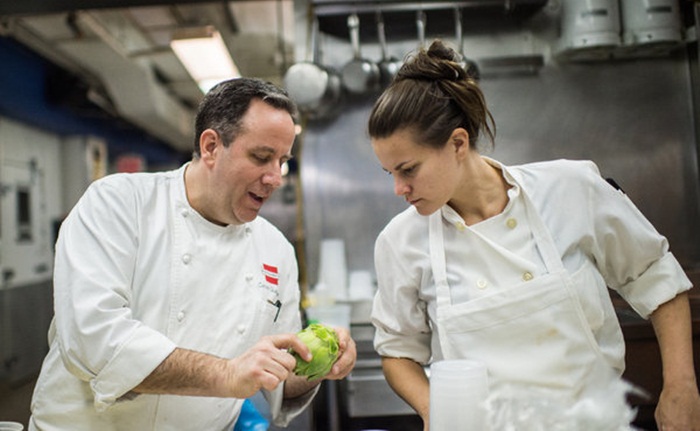 Delta Airlines tapped into the popularity of New York’s Union Square restaurants in a bid to compete with other international airlines that are pampering premium flyers with a gamut of luxuries like inflight spa treatment, restaurant-like dining, free cups of brand coffee, and inflight screening of Star Wars films. How luxurious airlines’ inflight services are in premium classes is no more a secret.

Delta Air Lines chose inflight food to gain an advantage over its competitors. The alliance with Union Square Hospitality Group that owns such brand restaurants as Shake Shake, Blue Smoke, Gramercy Tavern, and Union Square Café across New York is expected to serve food on Delta flights as an unforgettable experience for Delta One customers.

The purpose is to treat passengers in the Delta One cabin with topnotch restaurant-like hospitality on board. “We want Delta One flyers to say not just ‘This is great food’ but ‘This is great food on an airline,’” exulted John Harenda, Vice President for operations at Union Square Hospitality group. Allison Ausband, Senior Vice President for inflight service at Delta Air Lines, agreed with John Harenda in saying, “We really want to change the conversation around food on Delta flights for premium flyers.”

It is not easy to redefine inflight dining service and that too for premium travelers. Usually plates and containers to serve food on board are small. High altitude affects sensibility of taste buds. Recipes must be in tune with inflight circumstances, according to Carmen Quagliata, the Union Square Café Chef, who has designed the menu for Delta One food.

Delta Airlines’ alliance with Union Square Hospitality Group resulted from the success of a menu that the master chef of Blue Smoke had created for a few Delta flights in 2013. Barbequed meats from Blue Smoke’s menu did wonder to the taste buds on board. The new Delta One menu from Chef Carmen Quagliata’s repertoire will be launched on Delta flights from New York on March 1.

Delta Airlines wanted Chef Carmen Quagliata to add a pasta dish from Union Square Café to the Delta One menu, but he was doubtful about the taste of pasta dishes which are usually reheated on flights. So he brainstormed the recipe of a baked pasta dish for Delta One passengers. Thus the food on Delta flights for Delta One cabin became an innovation in the end.

Iftar Service on Emirates Flights to & from Gulf Countries for...